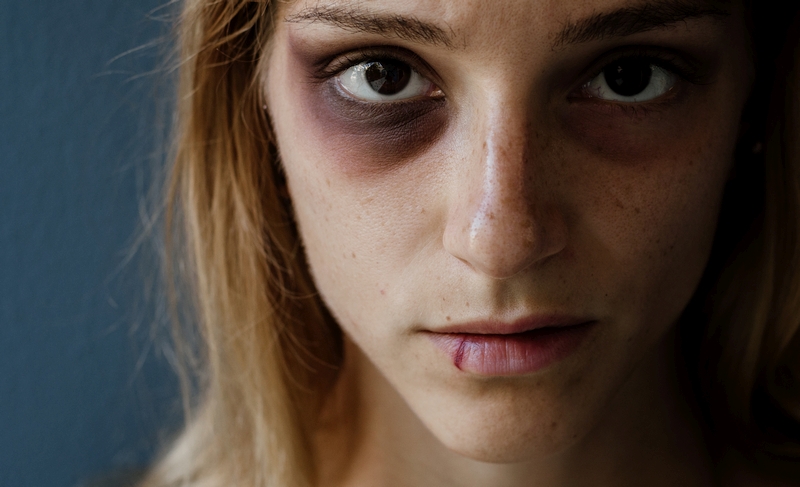 In the province of Quebec, SOS Domestic Violence (or SOS Violence Conjugale 1-800-363-9010) noted a significant rise in calls for help. Terry Pomerantz mentions that “The West Island Women’s Center receives several hundreds of calls each year”.

Other battered women and domestic violence organizations also noted an increase in calls denouncing unlawful restraint. Confinement due to COVID became the perfect pretense to illegally lock up the other.

Violence against women often begins with verbal and psychological abuse.

An aggressor can start with what appears to be harmless banter, then slowly build it up, making it more and more abusive, using it to humiliate his victim and causing her to isolate herself progressively… Until he’s at a loss for words.

If you ask Terry Pomerantz how to help a battered woman, he’ll answer: “By making sure no violence is done to her in the first place! It isn’t easy to unmask violence against women. They are often isolated. Resigned to their fate, they keep quiet. No matter the difficulties, if we suspect something, it is our civic duty to act! First, it is imperative that we maintain communication and contact with the victim. Secondly, we must reach out to intervention specialists and ask for expert support.”

The famous question of “How to help a battered woman? “, should never be an admission of helplessness.

Here are 5 things we can all do to help a domestic violence victim:

You will find more relevant advice on the SOS Domestic Violence (SOS violence conjugale) website, where they give practical advice to those wanting to help a person who is a victim of domestic abuse. You will also find 12 tips to unmask domestic violence on that website as well.

The Pomerantz foundation is boosting its support to organizations that help women who are victims of abuse. The XIVth Pomerantz Foundation Golf Tournament, which took place on August 25th of this year, raised a substantial amount of money, $65 000 of which was donated to the West Island Women’s Shelter.

“This year, our attendees and sponsors have shown remarkable generosity! On top of giving donations to several of the charities we support, we gave a donation of $65 000 to the West Island Women’s Shelter” points out Terry Pomerantz, leader of the Pomerantz family foundation.

How to organize a fundraiser?

Specialists who work in Domestic Violence Organizations will know how to properly intervene and offer adequate solutions for each and every call for help. If you do not know how to help a woman who is a victim of domestic abuse, Terry Pomerantz urges you to reach out to one of the following organizations: