Terry Pomerantz and the challenges of succession! 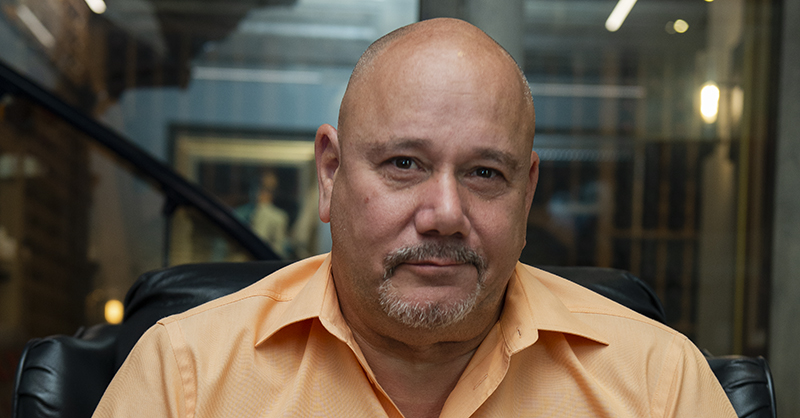 Perfecting the work of his father

When in 2002, Terry succeeded his father at the helm of S.P. Holdings Canada, he pursued a very simple objective: perfecting what his father established. The company is strong, its reputation is rock solid, financiers trust it and profits speak for themselves.

The business group led by Terry is involved in the development of several prestigious real estate projects such as Tropiques Nord near Cité du Havre in Montreal, Luxor Condominium in Côte-Saint-Luc, Les Jardins Palerme in Brossard, the condominiums Le Marquis on the shores of the St. Lawrence river, near Champlain Bridge, Complexe Bellevue in Sainte-Foy as well as L’Hermitage Condominium and L’Ambiance Beach Condominiums, both in Fort Lauderdale.

“No one works for me. We work together!”

Terry is a rallying force. This businessman who is not afraid of any challenge easily lets his inner “bon vivant” shine through. To do business, yes. But never without the participation of his collaborators. Whether you are a prominent financier, an assistant, an architect or a plumber, he will repeat this to you: “No one works for me. We work together!”

And when meetings are over, decisions have been made and activities are initiated, Terry likes to end his workday by rallying a few colleagues around a fine table.

And the day after, here he goes again!

A full range of services in the real estate sector.

The T.R.A.M.S. family business has far exceeded the vision of Saül and his first associates. T.R.A.M.S. now offers a complete range of services in the fields of residential, commercial and industrial real estate across the whole North American continent.

Thanks to attention to detail in the analysis, planification and implementation of every project, the management quality of T.R.A.M.S. Property Management is recognized in both Quebec and Canada.

T.R.A.M.S. Property Management has established honesty and integrity as the fundamental values that guide every decision of its managers and staff.

Terry has built everything he wanted to build. He brought the companies created by his father to heights that Saül would never have imagined! Today, T.R.A.M.S. is a multinational family business, 20 times greater than in its beginnings and renowned across the country as one of the major players in its field.

In turn, Terry decided to hand over his duties to a new management team cumulating 200 years of experience. His sons Jonathan and Derick are among them.

The Pomerantz Foundation: giving back to children

You would not know Terry very well if you thought this leader would retire peacefully in his home to quietly smoke a Cohiba while enjoying a good rum.

If Terry is leaving T.R.A.M.S. Property Management, it is to continue the major work that his father Saül and his mother Alice have discreetly created to pay it forward, to give back to families and children.

The Pomerantz Foundation is now where Terry devotes all his efforts.