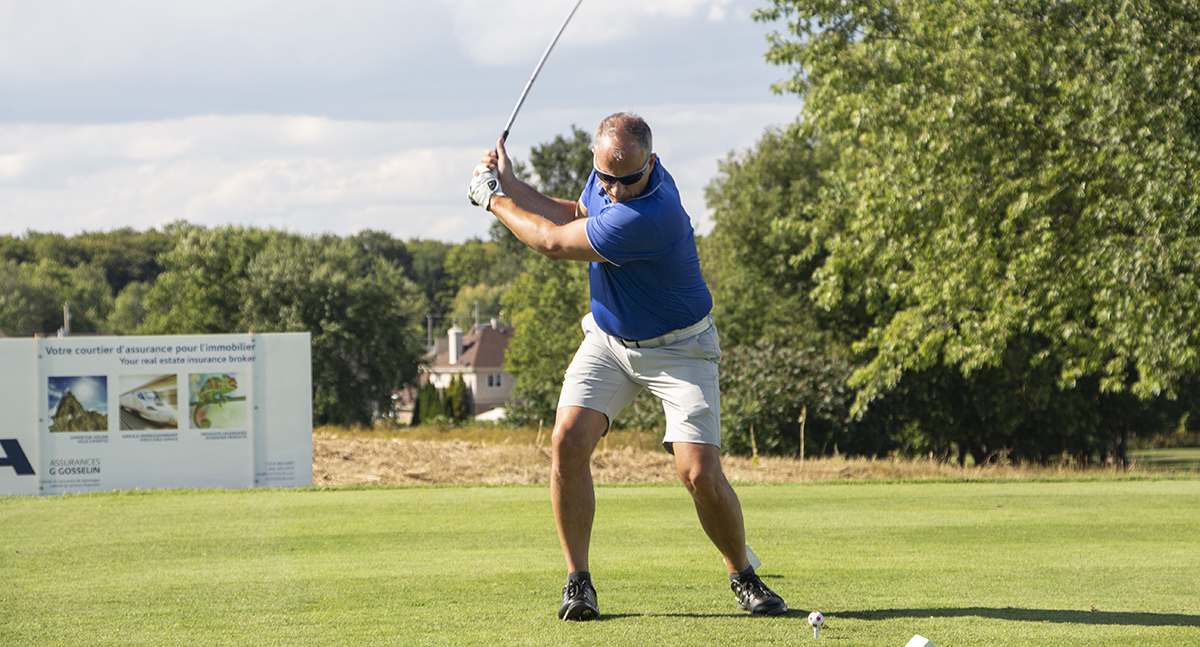 Could we really expect anything else than the huge success achieved by the 12th Annual Golf Tournament of the Pomerantz Foundation? On Thursday, August 22, Terry Pomerantz and his team welcomed 300 golf players at the prestigious Saint-Raphaël Golf Course, located in Ile Bizard. 360 people were present for an evening that included a cocktail, a dinner, auctions and speeches.

Thanks to the outstanding generosity of participants, the 12th Golf Tournament of the Pomerantz Foundation allowed to collect $260,000! Let’s recall that this year, all profits raised at the tournament were donated to the Jewish General Hospital for its Center for Child Development and Mental Health as well as the Starlight Children’s Foundation.

It’s Terry Pomerantz’s exceptional zest for life that gives an absolutely unique style to the Golf Tournament of the Pomerantz Foundation, which he is the primary director of.

Terry understands really well that pleasure rhymes with generosity and throughout the day, culinary delights were combined with sport. During the course, the Queue de Cheval steakhouse and La Trattoria restaurant offered pizzas, lamb yeros, greek sausages and pulled pork sandwiches to those who were feeling peckish, in addition to delectable desserts offered by Rockaberry to people with a sweet tooth, while Subway was making sure that volunteers were well looked after and Moosehead was taking care of thirsty people with its excellent beers.

Several people wanted to add further refinement to their golf game and hence increase their contribution to the Pomerantz Foundation’s fundraising efforts. Thus, they rented a V.I.P. cart that accompanied them throughout the course. On board every V.I.P. cart, there was alcohol, ice, a glass, a mixer, 2 cigars and a lighter per person, as well as a barman ready to prepare and serve drinks to the players they were accompanying!

Let’s emphasize that, during the whole day, the Whisky Café provided free cigars and that all participants to the Golf Tournament of the Pomerantz Foundation enjoyed excellent whiskeys under the tent specially set up by the Whisky Café.

The auction occurred after dinner, and included prizes such as, among others, an hour of boxing at the Grant Brothers Boxing Club with Otis Grant, former WBO world middleweight champion.

As for the silent auction, guests could purchase a pair of shoes from the Toronto Raptors, the 2019 NBA champions, a set of 5 bottles of Aberlour Scotch (10, 12, 16 and 18 years as well as A’Bunadh), a hockey stick signed by every players of the Montreal Canadians and a loge for 8 people to see a match of the Montreal Impact.

Lastly, the Air Canada Foundation awarded an outstanding attendance prize: 2 tickets for any destination across North America, including Hawaii!

Terry Pomerantz and his team would especially like to underline the noteworthy presence of Dr. Paola Habib, Director of the Child Psychiatry service at the Jewish General Hospital and of Brian Bringolf, Executive Director of the Starlight Children’s Foundation.

Let’s recall that all profits from the Pomerantz Foundation’s 2019 Golf Tournament will be donated in full to the Jewish General Hospital for its Center for Child Development and Mental Health as well as to the Starlight Children’s Foundation.

Our sponsors and volunteers deserve our full gratitude

Terry Pomerantz and his team also recognize the unwavering support of our major sponsors and volunteers. Without them, it would be absolutely impossible for the Golf Tournament of the Pomerantz Foundation to achieve such success! They are the following:

As well as the super teams of wonderful volunteers from Sun Youth and the Starlight Foundation.

A Wholehearted Thank You

On behalf of Terry and the Pomerantz Foundation, we wish to thank everyone, from the bottom of our hearts, for your tremendous generosity toward these children that are in such need of our help!